Blue Energy in the USA: Current Status and Next 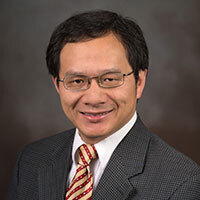 Blue Energy in the USA: Current Status and Next

The Marine and Hydro and Kinetic (MHK) was brought up to the U.S. federal government’s attention relatively late but the research and development are being caught up quickly in the past ten years. In this talk Prof Lei Zuo will give an overview on the R&D efforts in academia, industry, and government lab in the U.S. He will also talk about the research in his team on the MHK converter designs and tests, including mechanical motion rectifier based point absorbers, oscillating wave surge converter, hybrid wave-current energy converter, with application to ocean renewable, maritime commutation, seawater desalination, and underwater vehicle charging.

Keep me informed on G-STIC